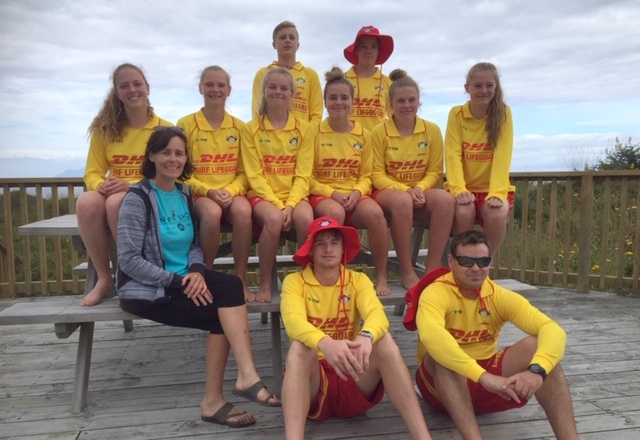 Ten more lifeguards have moved into the club’s patrolling ranks following a recent Surf Lifeguard Award exam.  This brings the total number of new qualifications to 35 to kick off the surf patrol season for 2018-19. The club provides volunteer lifeguards for both Red Beach and Pakiri.

All Red Beach candidates were successful in gaining the award. The theory exam provided a few thinking challenges but all breezed through. The practical exam of first aid, patient resuscitation (e.g. CPR), VHF radio and signals was overall done very well, with the occasional patient's arm falling out of a sling, or CPR rate being a little quick, nothing too major. The worst part for the candidates was waiting their turn, and hoping their examiner wouldn't be too scary.
The beach section of the exam was done well with candidates handling the slight chop with ease during the run-swim-run section. While the tube rescue and patient management parts on the beach were done well, there was certainly room for improvement for a couple of candidates (you know who you are) when placing a patient into the recovery position. These are drills that can be practised to perfection during patrols over summer.

The successful candidates were ...