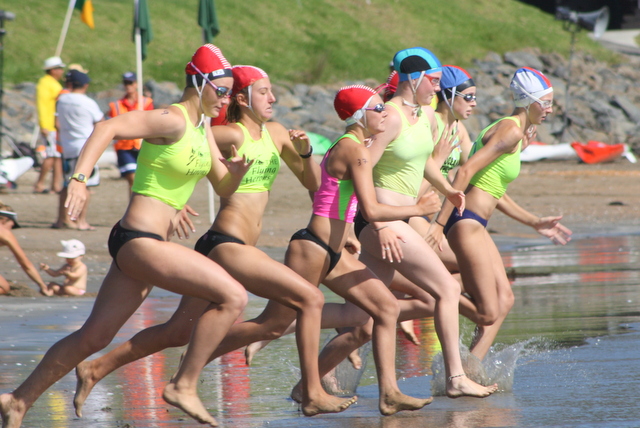 With strength in numbers, Red Beach won the 63rd Owen Chapman Cup surf carnival by a clear margin on its home beach.
On the points table, the club finished 89 points clear of the second placegetter. It garnered the most points across all age divisions with the exception of Open Men.

Close to 200 competitors took part, however, the carnival was missing 18 elite athletes from Northern Region clubs who were with the SLSNR representative team on the Central Coast for the biennial Trans-Tasman Tri Series.  This opened the door for the next tier of surf athletes to step up to the plate and receive the plaudits.

There were 19 surf boat and canoe crews on the water, a drop in numbers on previous years.
The event was conducted in ideal weather conditions with a slight surf adding interest in the closing stages of racing. The temperature on the day reached 28C.

Competitors to shine with multiple individual wins were …

The Owen Chapman Cup carnival is the longest running club day in Australasia for surf athletes. Red Beach were the defending champions, having won the cup in 2017. Water conditions forced the cancellation of the 2018 event.