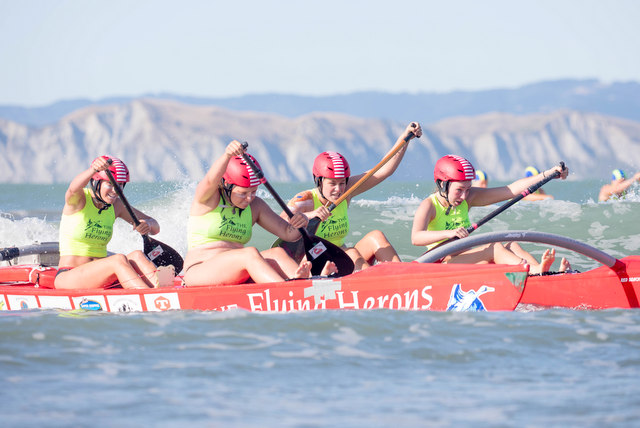 Midway Beach, in hosting the Eastern Region Championships for the first time in its 57-year history, turned on an aquatic spectacle with scorching temperatures and 2-metre swells for the majority of the Tairawhitu Gisborne-sponsored carnival.

Held over three days during Anniversary weekend, the event turned out to be a massive test for most of the 530 competitors. Red Beach had close to 50 athletes taking part and came away from the ERCs after finishing in fourth place on overall points. It was the top Northern Region club at the event, collecting 4 Gold, 4 Silver and 11 Bronze medals.

“Across the three age divisions, our competitors did well in the challenging conditions,” said club captain Mark Readman.
“Nevertheless, the surf conditions handed out some lessons with regard to decision making. You have to finish an event before you can claim a placing,” he added.

“We saw success in the Open division with some of our U19 athletes stepping up. Four of them were in the Open Taplin which saw Red Beach claiming the Bronze.”

“The results pulled at these ERCs are a guide to what can be achieved at the Nationals at Mt Maunganui in late-March. Club coach Jack Gavin excelled in the Midway surf and we saw him on the podium on several occasions.”

The next major event for club athletes will be the Northern Region Championships at Omaha on 23 & 24 February. 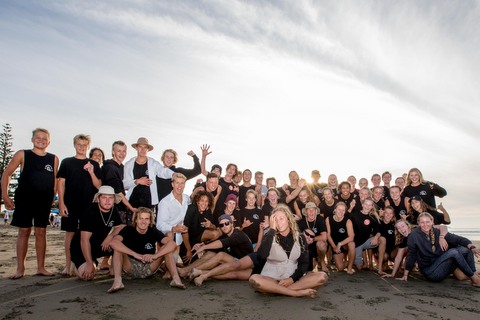 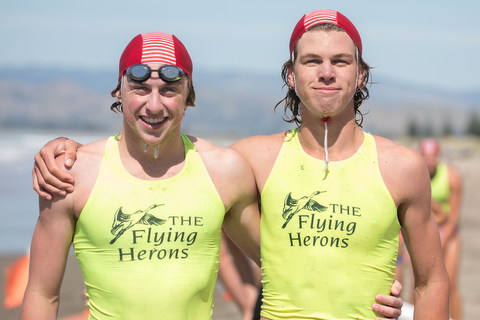 Patrick Makgill, left, and Blake Readman, winners of the U19 men's Board Rescue event. 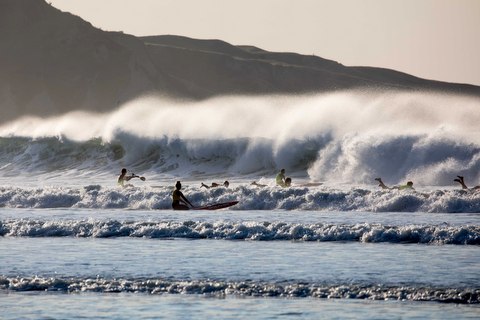 The Gisborne surf threw up plenty of challenges. 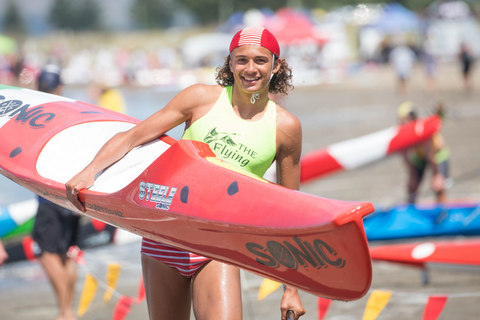 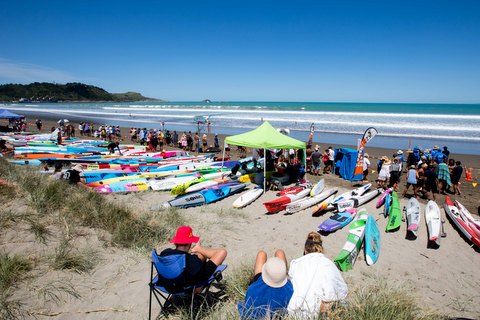 The ERCs under way at Midway Beach in Gisborne. 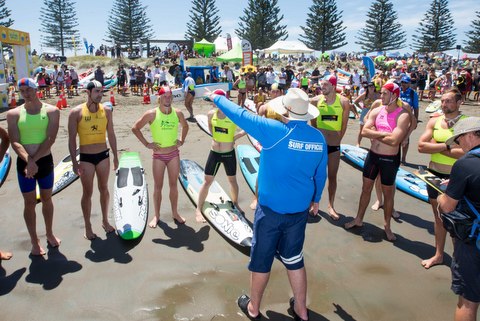 Finalists in the Open Men's Board Race final receive a briefing. 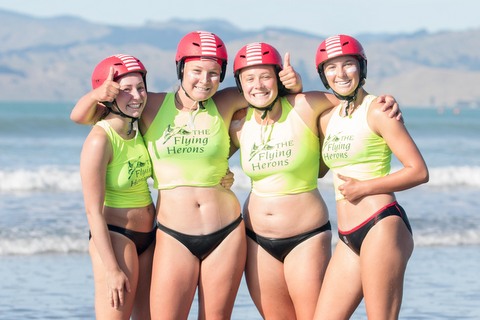 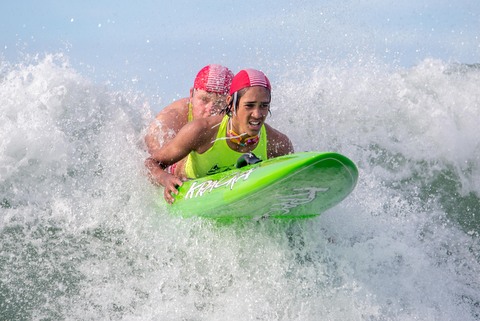