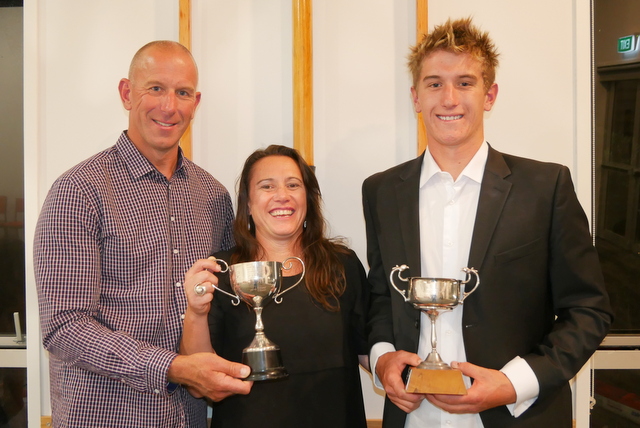 Three members of the Kramer Family, pictured above, were amongst the top achievers at Red Beach’s annual Prize Giving Night on Saturday 4th May. There was a record attendance of club members, parents and supporters who gave the night’s winners a rousing reception.

The joint winners of the Colin Ash Cup for Outstanding Achievement (Non-Competition) were Peter & Kathy Kramer.  Peter was acknowledged for his major contributions to the club’s IRB activities which include the training of candidates for IRB awards. Wife Kathy was recognised for her input as treasurer of the Senior division, setting budgets and overseeing the club finances.

The Shannon Cup for Best Achievement (Competition) went to Kees Kramer who won the U19 Men’s Ironman event at the NZ Championships in March.  Kees is a ‘home grown’ athlete who started in Junior ranks at the age of 8 years and has progressed through the ranks to take out this prestigious National title.

The Presidents Cup for Best Clubman was won by Robyn Presland of the Senior Surf Committee. She is a Surf Lifeguard Awards instructor, an SLSNR Examiner and is also active on several fundraising committees. For the past two years she has sold the most tickets in the annual Hawaii Trip raffle.

The Nick Saull Memorial Trophy for Contribution to Powercraft was awarded to Brodie Campbell. He achieved the IRB Instructor’s Award during the season and assisted with IRB refreshers, water safety and the training of IRB drivers and crew lifeguards.

Other winners on the night were … 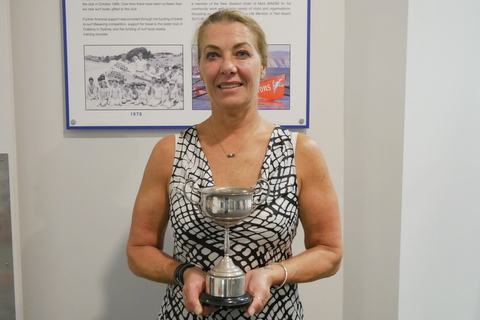 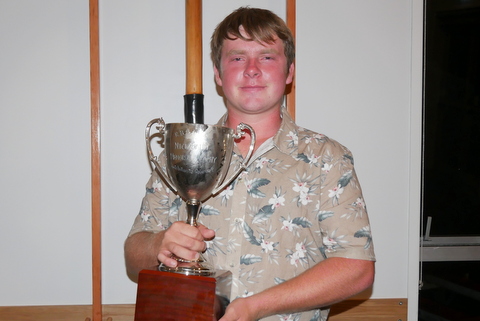 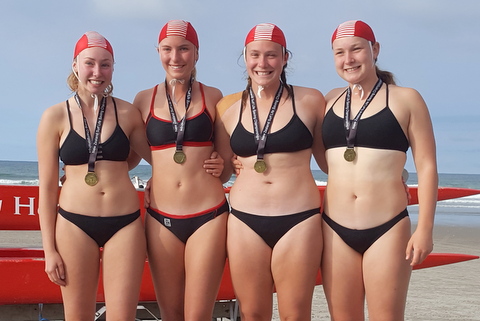 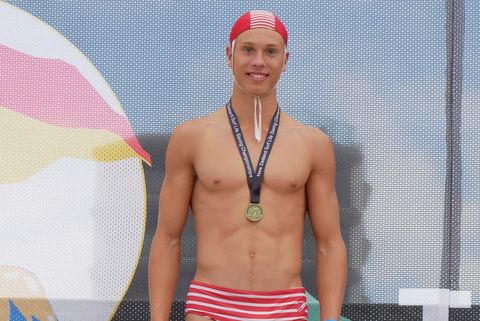