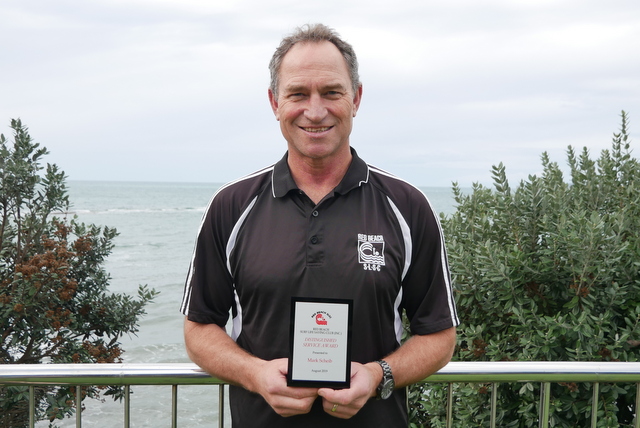 Eleven Red Beach Surf Club members received recognition for their services to surf lifesaving and to the club when awards were handed out at the Annual General Meeting on Sunday 11 August.  The recipients were members of either the SeniorSurf or JuniorSurf divisions.

The highest recognition, a Distinguished Service Award, went to Mark Scheib who was elected at the AGM to a third year as club president.
Mark was a Junior coach for nine years and joined the Junior Committee in 2008, serving as chairman of this committee for five years.  From 2012-2015, as a member of the Management Committee, he was appointed as Project Manager for the clubhouse redevelopment programme. He has served on the Building Committee for six years since 2013 and has been the committee’s chairman, guiding the club through the intricacies of a major project. All the hard work came to fruition in November 2018 when Auckland Mayor Phil Goff reopened the clubrooms.

Service Awards were presented to Ian Cairns, chairman of the Senior Committee, and to Richard Rogers, the chairman of the Junior Committee.
Recognition Awards went to Kelly O’Dea, Cecilia Tyne, Anita Savage, Toni Rolston, Joanna Meban, Jack Gavin, Paul Bocock and Sam Young for their services to the club.

Citations were read out at the meeting in support of the 11 members who received club honours. 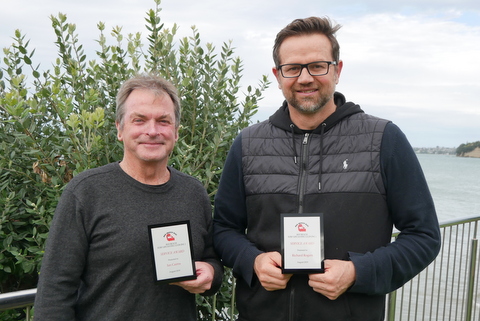 The recipients of Recognition Awards were, from left:  Anita Savage, Kelly O'Dea & Toni Rolston. Unable to be present at the AGM to collect their awards were Cecilia Tyne, Joanna Meban and Paul Boocock. 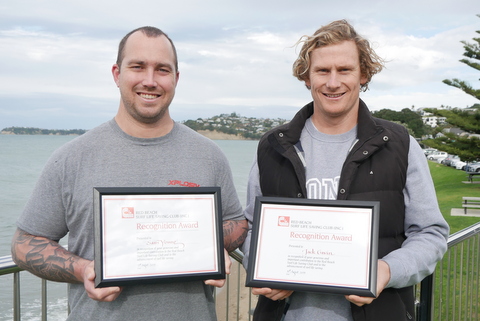