The 90 Mile Classic IRB Challenge is coming up again on Saturday 28 September. The event, hosted by Far North Surf Rescue in conjunction with SLSNR, is raced from Scott’s Point at the north end of 90 Mile Beach to Ahipara in Northland.

Competing for Red Beach will be two crews who will be cutting their teeth on the event, now in its 26th Year. Tackling the west coast conditions will be the Red Beach Raptors, crewed by Jonah Cleminson, Harry Mellor and Rowan Gjaltema. Providing the land-based back-up will be Paul Cleminson and Bob Mellor.

The race is run in stages to test each crew’s skills and stamina a well as the reliability of the equipment. The top crews are expected to take 2 ½ - 3 hours depending on the conditions.
Far North Surf Rescue has confirmed the maximum of 35 crews will begin the race with a Le Mans type start at Scott’s Point. 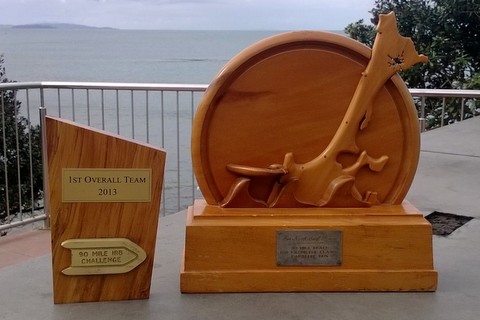 Footnote:  Red Beach won the event in 2013 with the crew of Jared Pouwhare, Jack Readman and Dylan French.


To read the SLSNZ article on the event, click here