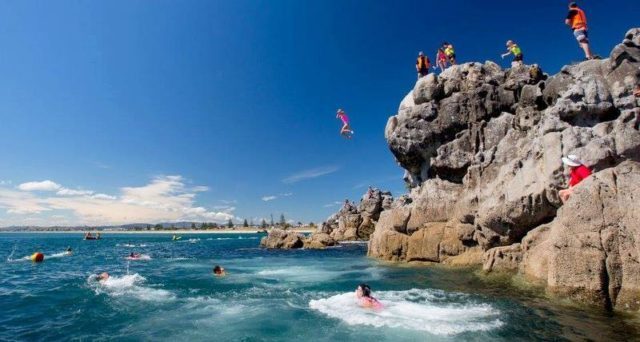 More than 50 Red Beach athletes will tackle the Mount Monster event at Mount Maunganui on Saturday 14 December. It will be the club’s biggest turnout of competitors for this grueling event since it was first staged in 2013. The event itself will see 363 surf athletes, including a record 97 individuals and 44 in the under-14 Mini Monster, taking part.

The main race has had some tweaks in its seventh year, with the opening leg now the 12km ski paddle from Mount Maunganui’s Main Beach to Omanu and back.
The 5km run leg to Tay St and back – which previously started the race – will now be the second leg, with the signature 1500m swim, which includes the epic Moturiki blowhole jump, third. Competitors will then finish with the 6km board leg.

Red Beach will be fielding 10 teams of four plus 12 individuals for a total of 52 athletes. Two of the teams will be comprised of Masters members.
The Masters female team, affectionately known as the Red Beach Moms, will have Teresa Russell (ski), Jen McDermott (swim), Jes Moratti (board) and Lauren Johnson (run). The team finished fourth in the Masters' division at last year’s event. The team name was coined from their entry number of ‘303’ which looked like MOM when written on their arms.

The Master's male team - the Mastdaz - making their first-ever appearance at the Mount Monster, is made up of Mark Scheib (ski), Rod Moratti (swim), Mike McDermott (board) and Darren Shand (run).
Jasper Cornish will be competing for Red Beach in the Mini-Monster event for U14 athletes.

Read the latest article from the Bay of Plenty Times here 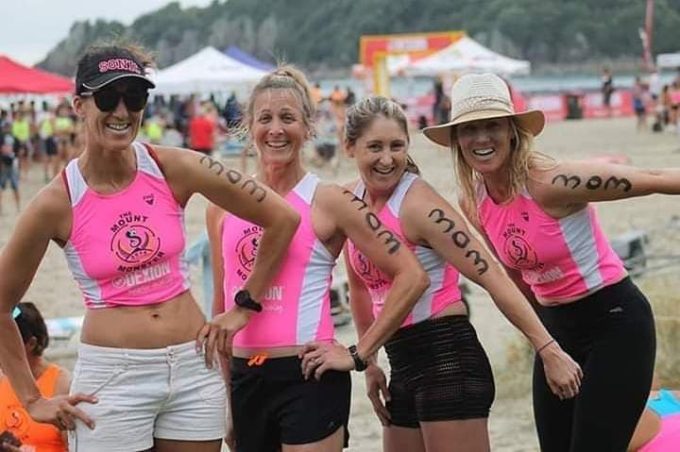