Recognition for a lifetime of surf lifesaving 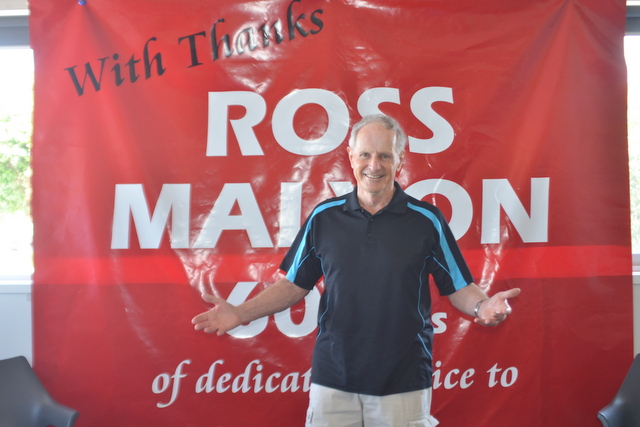 Surf lifesaving stalwart Ross Malyon has been recognised for 60 years of service to both the Red Beach Surf Club and the surf lifesaving movement.
To celebrate the occasion, the club sprang a surprise function at the clubrooms to mark the 60th anniversary of Ross’s membership – he joined the club as a teenager in December 1959. It began when he responded to a membership drive in Pinewoods Motor Park where he holidayed with his family.The fledgling Red Beach club was formed just six years earlier in 1953.

The function was attended by a large gathering of club members, young and old, past and present. Several of those present were also teenagers in the club during the early years of Ross’s membership.
He began doing volunteer surf patrols and competing in surf carnivals soon after becoming a qualified lifeguard.

“It was an honour to compete alongside fellow Red Beach athlete Reg Harker who was regarded through the 1960s and 1970s as the ironman of surf lifesaving in New Zealand, such was his talent. He was an outstanding competitor, a legend in his time and a great inspiration to me,” said Ross.

Ross became heavily involved in club administration from an early age; the positions held include club secretary and/or executive officer for 51 years, historian for 43 years, various fundraising committees for 17 years and webmaster for the past 11 years.
He has just notched up 49 years as the coordinator of the iconic Owen Chapman Cup surf carnival.

“The function organised by the club was a very humbling occasion. I had no idea it was to take place and I was totally blown away. My passion for all things surf lifesaving is as strong as ever,” he added. 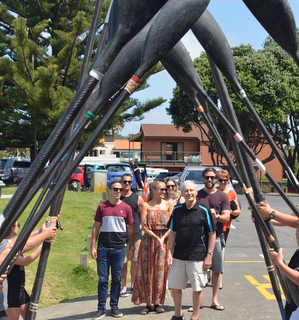 Ross and his family were welcomed to the club with a guard of honour created with ski paddles and surf boat oars. 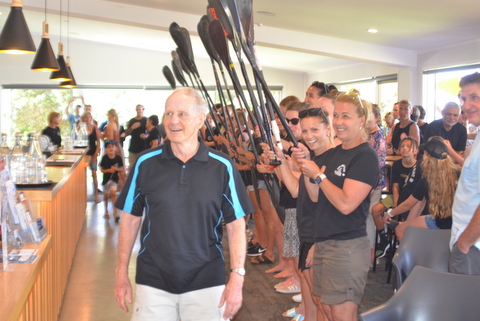 A second guard of honour stretched across the club deck, and a third was inside the clubrooms. 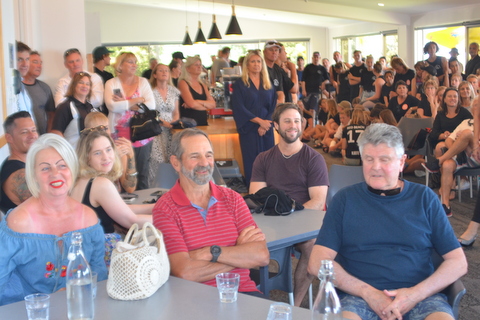 A large gathering of club members, young and old, past and present, attended the function. 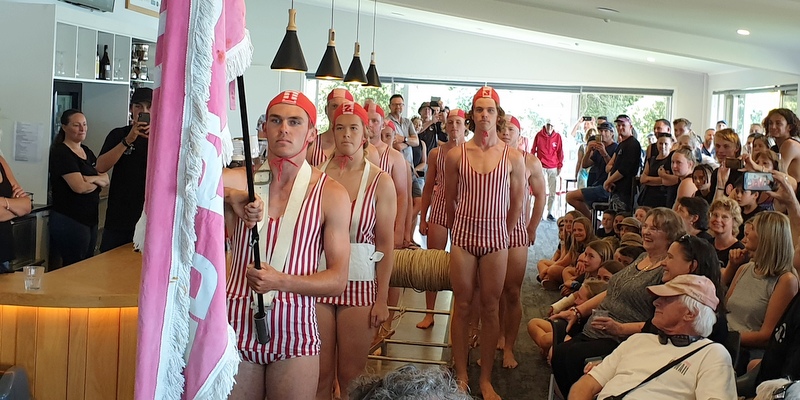 A March Past team, in traditional costumes, made an entrance towards the end of the function. The costumes are rarely used now, but Ross remembers participating in March Past events held at NZ Championships.