NZ Beach Flags titles : a tribute to our winners 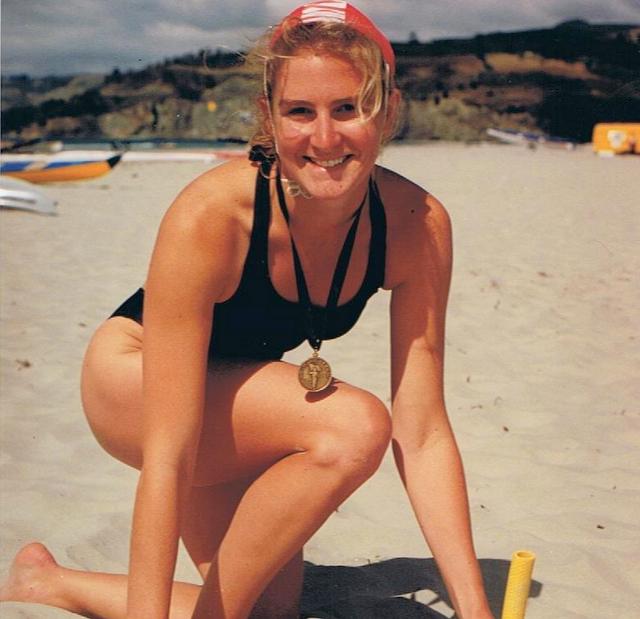 Seven Red Beach athletes have collectively won a total of 11 national titles in Beach Flags. The club’s female athletes have been the dominant force; the golden era was during the 1990s when they brought home six gold and three silver medals.

And during this period, the undisputed queen of the beach flags arena was Kelly Piper, pictured above, a highly talented athlete who has four gold and three silver medals to her credit. She claimed her first national title in 1992 and her successes were spread across the U18 and open women’s divisions. Kelly was selected for NZ Surf Life Saving representative teams on two occasions. 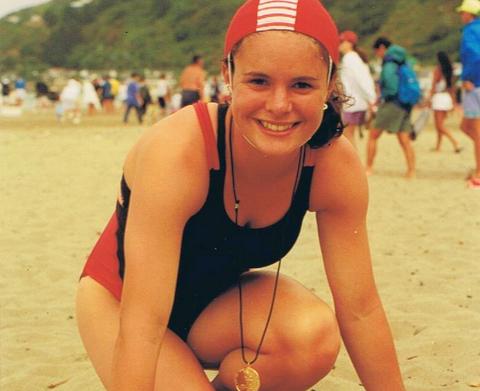 Red Beach athlete Nikki Jenkins, above, was a double gold medallist, taking out consecutive wins in the U18 division in 1993 (Mt Maunganui) and 1994 (Lyall Bay).  Nikki rose to fame when, as a 14-year-old gymnast, she won gold at the 1990 Commonwealth Games in Auckland in the women’s vault. She remains the youngest New Zealander to have won a gold medal at Commonwealth or Olympic Games. 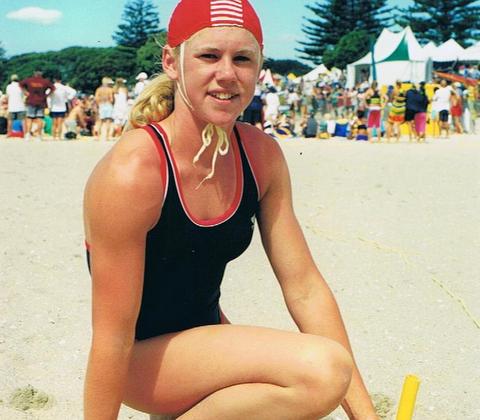 In 2002, Erin Taylor, above, took out the U16 women’s Beach Flags title at Mt Maunganui in just her first season out of Junior Surf ranks. She was a top athlete in surf lifesaving competition before moving to kayaking where she was even more successful. Erin represented New Zealand in kayaking at the Olympic Games in Beijing in 2008 and in London in 2012. 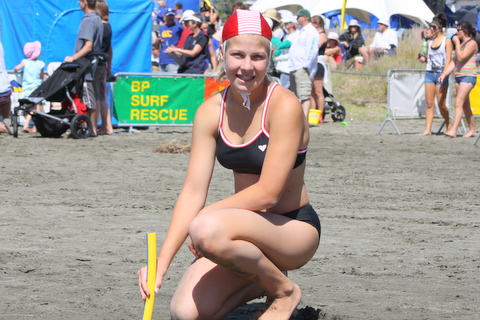 In 2010, Tyler Baldwin, above, won the U16 women’s Beach Flags title at Ohope Beach following a run-off with fellow clubbie Kayla Herbert who took out the silver medal. 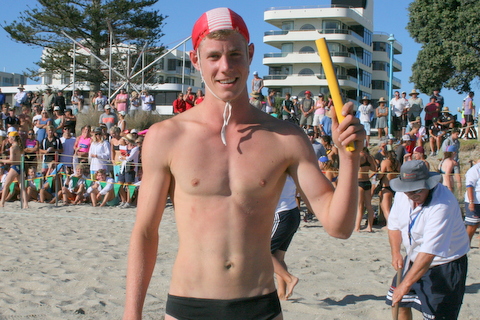 In 2013, Jake Hurley, above, became the first male athlete from Red Beach to collect a Beach Flags gold meal. At Mt Maunganui, he won the U16 men’s title. 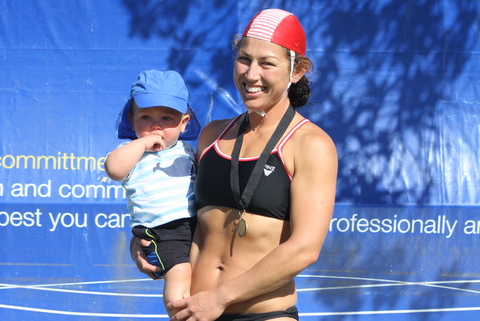 In 2014, at Ohope Beach, Naomi Young, above, was at peak fitness to snare the open women’s title. It was the icing on the cake for the young mum, taking out the gold medal after continuously trying. She had previously won a silver medal (U19, in 2000) and two bronze medals (open division, in 2006 & 2010). 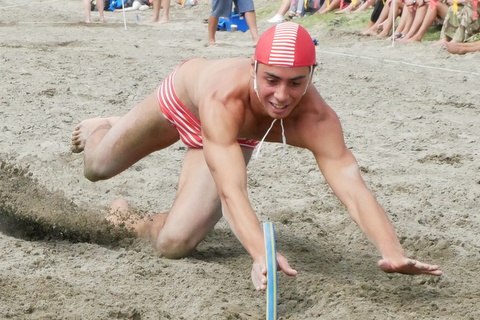 At the 2020 National Championships in Gisborne, Angus Henare, above, became Red Beach’s very first U19 male athlete to collect a gold medal in Beach Flags. It was a remarkable win, having had his foot in a moon boot only days prior to the season’s premier event and he hadn’t been able to train. Angus rolled his left ankle while playing volleyball on the eve of the NRCs at Omaha, three weeks earlier. He had been unable to compete at the Auckland venue.