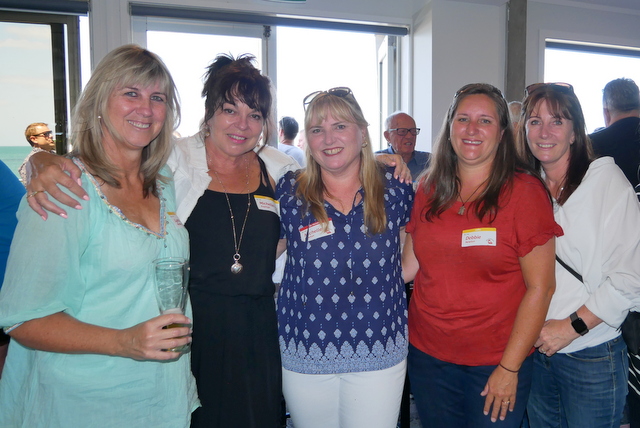 With the theme of ‘Red Beach Surf Boats Through the Decades’, Red Beach Surf Club’s recent boaties’ reunion saw a gathering of surf boat rowing legends from the past 50-plus years.
Pictured above, rowers from the 1980s, from left: Lynn Retter, Michelle Kapinga, Michelle Newton, Debbie Newton, Julie O'Mara.

The event, held at the clubrooms, attracted around 150 people, with no less than eight ex-rowers flying into Auckland to attend, all anxious to renew the friendships established during six decades of surf carnival boat racing and competition events.
Rowers and sweeps from the late-1960s and the 1970s got to mix and mingle with the club’s current crop of rowers, the youngest being the U19 women’s Valkyries crew who are in training for the current summer.

The club’s first surf boat to enter into competition was a second-hand boat purchased from the Karekare surf club for $300 in late-1967. The club gained some sponsorship money for it and named the craft Miss Findlay to acknowledge the sponsor, Findlay's Gold Krust Bakeries.
The six club members who made up the original crew – Terry Marsh, Paul Ranby, Jack Young, Ollie Hobson, Wayne Pritchard, and Ian MacKay (sweep) - were all present at the reunion.
Their cumulative ages add up to a total of 457 years.  Also present was ex-club member Leaon Prouse who purchased the boat for Red Beach. He delayed a trip back to the USA so he could attend the reunion.

Amongst those also attending were crews who have represented New Zealand in surf boat rowing, namely the Sirens women’s crew and the Boomers men’s crew.  Both crews raced against top Australian surf boat crews in the Trans-Tasman Surf Boat Challenge in Australia.
Also present were some of the rowers of the Flying Herons crew which took out the open men’s surf boat ‘double’ at the 2006 NZ Championships in 2006 at Oakura Beach, New Plymouth. They secured Red Beach’s first-ever gold medals for national success. One of the crew members, Steve Westlake, gained fame after winning the Trans-Atlantic Rowing Challenge with Matt Goodman in 2001. It took 42 days for the pair to complete the race from Canary Island to Barbados, a distance of 4,667 kms.

Also at the reunion were Red Beach club patron Bryan Heron and wife Pat, aka The Flying Herons who have been sponsors of the club for more than 40 years. They have been ardent supporters of surf boat crews for a very long time, having gifted no less than five surf boats to the club since the 1980s. 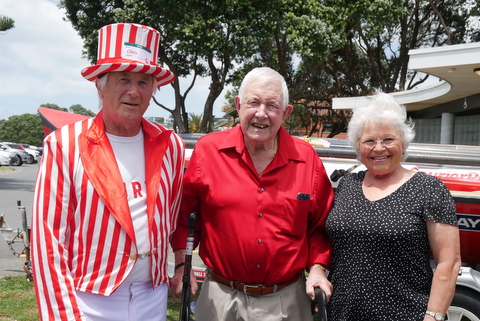 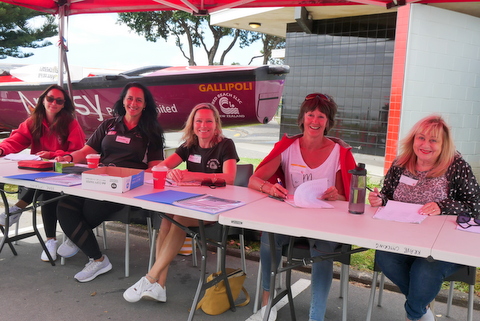 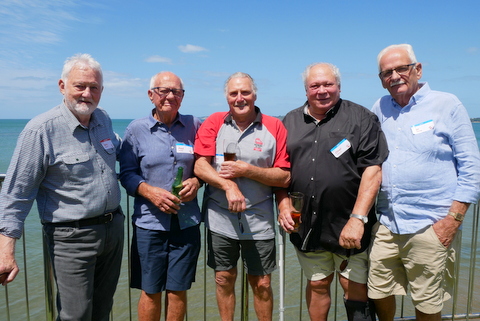 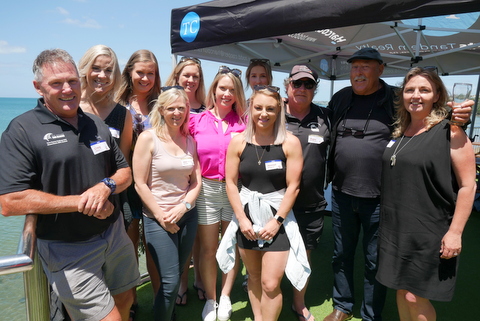 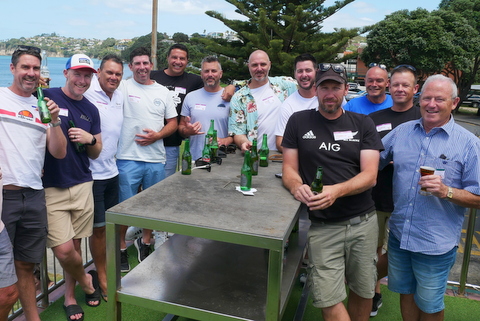 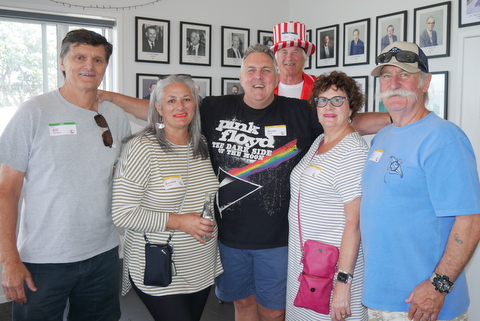 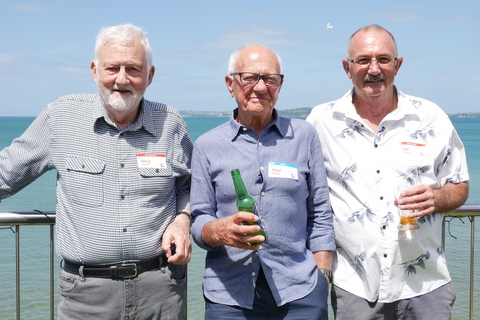 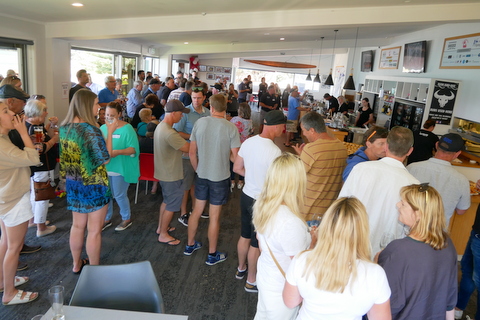