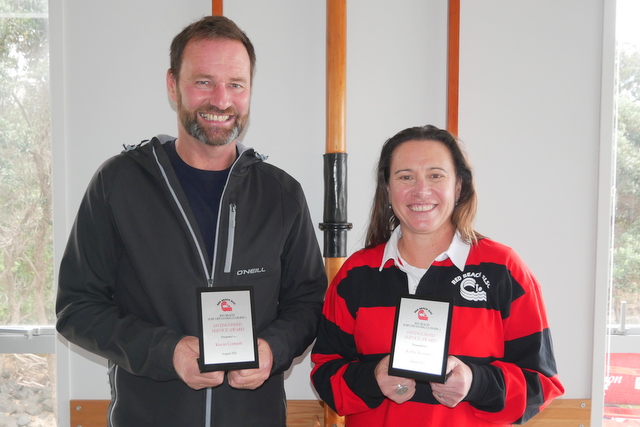 Nine Red Beach Surf Club members received recognition for their services to surf lifesaving and the club when awards were handed out at the Annual General Meeting on Sunday 8th August. The recipients were members of either the SeniorSurf or JuniorSurf divisions.
Red Beach club captain Mark Readman was made a Life Member, the highest-possible recognition for his 21 years of service to the club. To read more, click here.
Distinguished Service Awards went to Kevin Cornish and Kathy Kramer (pictured above). Both have been heavily involved in club administration and/or coaching for appreciable periods of time.
Kathy was the treasurer of the Junior Committee for six consecutive years and was a coach in the Junior division for eight years. She has been the treasurer of the Senior Committee since 2016 and is currently the co-chairperson of the club’s Management Committee.
Kevin has run up 14 consecutive years as a Junior coach. From 2013, for five years, he was a member of the Junior Committee. For the past five years, he has carried out repairs to surf canoes, quad bikes, gear trailers, surf boat trailers, board & ski trailers, and maintenance to the Red Beach ute. 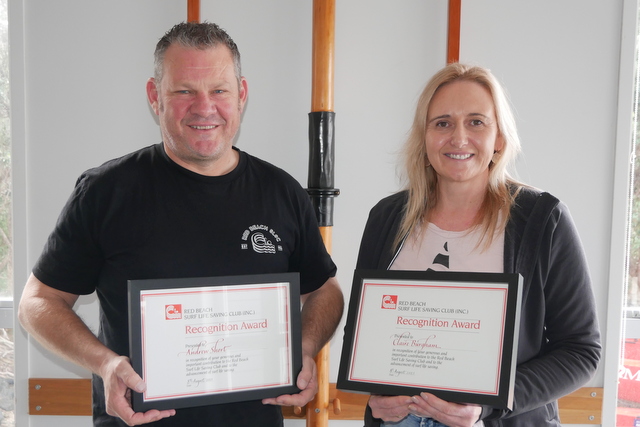 
Recognition Awards went to Andrew Short, Claire Burgham, Dave Young, Jonah Cleminson, Harry Mellor, and Kees Kramer.
Jonah, Harry and Kees started with the club in Junior ranks, each at an average age of 7 years old. All three have now turned 21 and are spearheading a new generation of award winners within the club.
Citations were read out to the meeting in support of the honours. 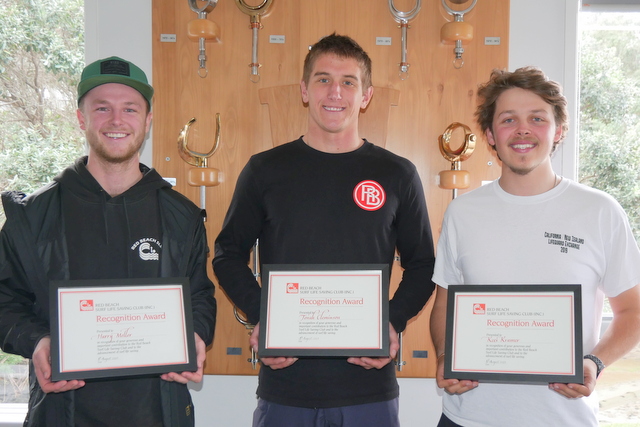