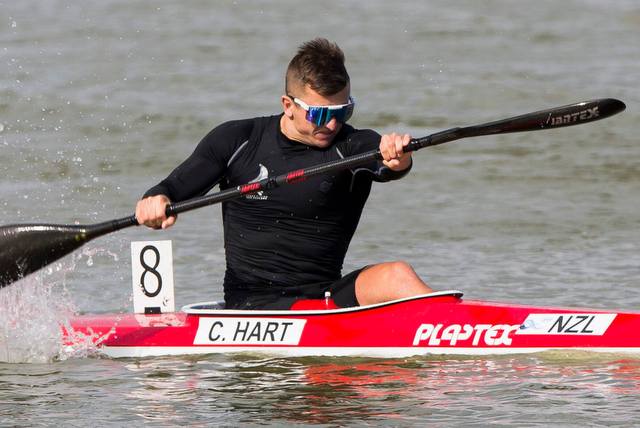 When former Red Beach lifeguard Corbin Hart competes at the 2020 Paralympics in Tokyo, he will be following in the footsteps of an elite group of 10 kayak paddlers who have represented New Zealand at the Olympic Games.

Amazingly, all ten of these paddlers are either past or present Red Beach Surf Club members.
Corbin will be the eleventh person from the club to wear the Silver Fern when he races at his first Paralympics in the Men’s Kayak Single 200m KL3 event at the Sea Forest Waterway. 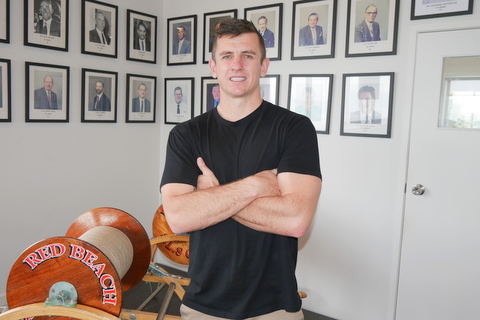 Corbin Hart joined the surf club as a 9-year-old Nipper member in 2003. Five years later, he obtained his Surf Lifeguard Award and competed in U16 ranks in board, ski, and swimming events. When he moved into U19 ranks he concentrated solely on volunteer surf patrolling before moving on to further his career. 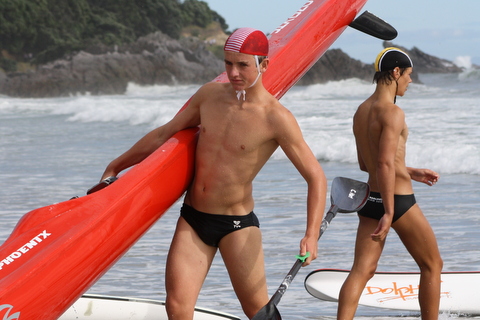 
On the morning of December 3, 2019, working as a civil construction supervisor, he slipped as he kicked stones off a road-stabilising machine on State Highway 16, just north of Auckland, and his leg went into the machinery. For a brief moment, Corbin thought he was going to die.

“I didn’t know what was happening at first, I was pretty confused,” he recalled.
“But when I realised I was stuck, I pretty much accepted I’d be losing my leg and waited for it to snap off.
“I was screaming my head off, I was in [so much] pain. I did think for a moment about accepting these would be my last moments, but then I decided ‘nah, I can’t do that, I’m gonna start doing everything I can to be alive’.”

He made a remarkable recovery and in the middle of last year, Caitlin Regal (nee Ryan) convinced him to give kayaking a go. He had previously surfed with mates at Red Beach, and his love for the water returned as he adjusted to a new life taking on waves.

In kayaking, he proved to be a quick learner. In December 2020, at Blue Lake 2, he clocked a slick time of 39.69 in the heats of the men’s K1 200m. Subsequent testing offered encouraging signs that Corbin could make an impact internationally and he was given full approval by Canoe Racing NZ to compete in Europe in the final qualification event for the Paralympic Games. 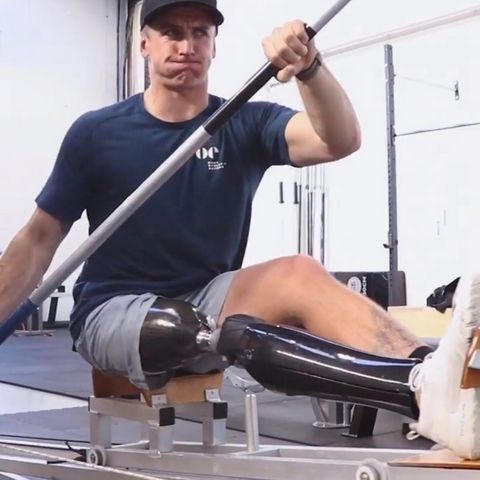 In May of this year, he made his international debut at the ICF Canoe-Kayak Sprint and Paracanoe World Cup in Szeged, Hungary, competing in the heats of the KL3 200m. The aim was to secure a New Zealand qualification spot at the 2020 Tokyo Paralympic Games. The Kiwi kayaker qualified for the games by finishing seventh in his Hungary qualifier to secure his place with a time of just 43.78 seconds.

Corbin’s journey is nothing short of remarkable. “From the moment I started, I knew I wanted to go to the [Paralympic] games,” he said. “I put all my focus and energy into it.”

It took some adjustment to get used to only having one leg in the kayak, which Corbin said he found painful and awkward, but with the support of his physiotherapist and a few key people he pushed through to get to where he is today.

He added that he was grateful to ACC and modern prosthesis technology for helping him get to Tokyo. He now has a state-of-the-art ‘smart’ knee which is among the first of its kind to duplicate natural movement and has another leg specially designed for kayaking.

His training regime has often been as much as 21 sessions a week – three times a day over seven days.

On the eve of his departure for Tokyo in mid-August, Corbin said: “I’m proud of how far I’ve come in such a short space of time. I just want to give it my all, and if I can do that I’ll be at peace with my performance.”

Footnote:  Corbin is in the heats of the Men’s Kayak Single 200m KL3 event on Thursday 2nd September.