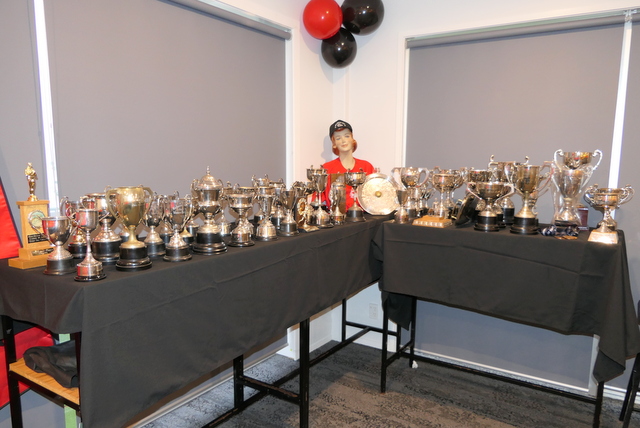 Red Beach Surf Club’s Prize Giving Night on Saturday 22 May will be an opportunity to honour those individuals in Senior ranks who have excelled in patrolling, competition and administration during the 2020-21 season.
The awards to be handed out on the night are symbols of surf lifesaving achievement, hard work, dedication to training, volunteer contributions, and personal goals reached.

The number of trophies to be awarded has grown to 75 due to the changes to the age divisions during 2020-21. They include the Champion Lifesaver Awards, trophies for the Most Improved athletes, and recognition for the Best Overall Performers in Board, Ski, and Iron Person events.
And there are patrolling awards to recognise the individuals who have done outstanding work at the beaches patrolled by club lifeguards. Awards will also be handed out to members involved in IRBs, Surf Boats & Surf Canoes.

The intrigue will be in who wins the top awards, namely:  Contribution to Powercraft, Best Achievement (Competition), Outstanding Achievement (Non-competition) with the night’s finale being the presentation of the Presidents Cup for Best Clubman.
The premises will be open from 5.00 pm for socialising and refreshments, and Prize-giving begins at 6.00 pm. The overhead TV screens will be featuring all the best pics taken during what has been a highly successful summer for Red Beach Surf Club and its members.