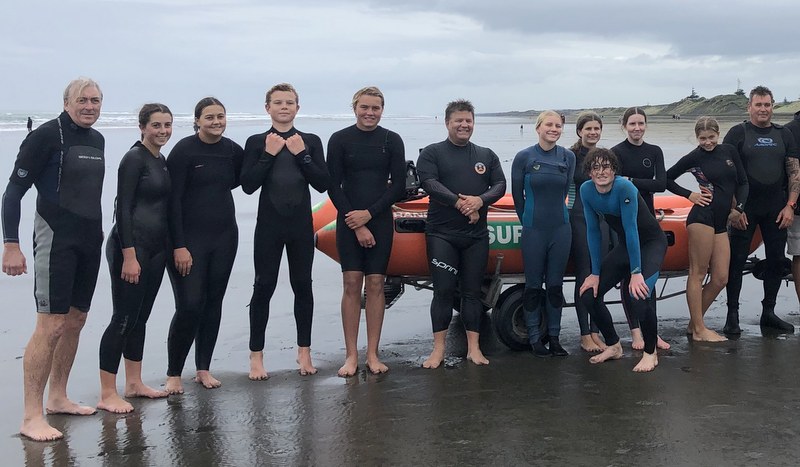 There’s a steadily growing interest by Red Beach lifeguards in IRB awards. The club has 12 newly-qualified IRB crew members, all of whom were successful in passing the IRB Crewman exam at Muriwai Beach on Sunday 9 May.
The examination at the west coast beach was on the verge of being called off. With the surf running at a mild 2’-3’ – judged small by exam requirements – it was just big enough to test the abilities of the candidates. The duration of the exam was three hours.

Last June, nine club lifeguards gained this award, bringing to 21 the total number of crewman passes for the 2020-21 season.  This number looks set to rise again when another IRB crewman exam takes place on 30 May.

Commendations to Jonah Cleminson & Harry Mellor who trained up and prepared the candidates for the exam. The examiners on the day were Bryce Pearce (Muriwai) and Peter Kramer (Red Beach).