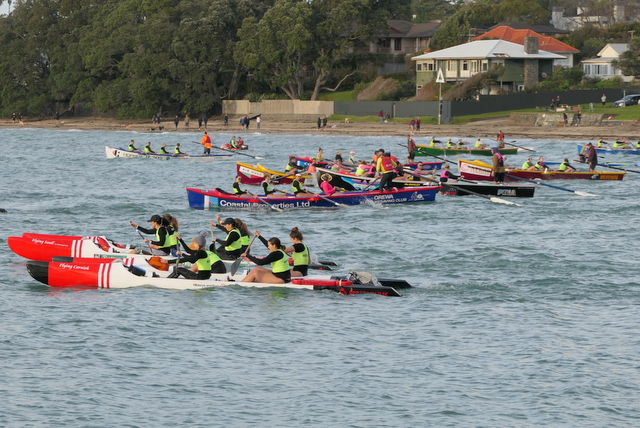 Just over 30 Red Beach paddlers fronted up for the Rangitoto Classic on Sunday 13 June.
Faced with lumpy water conditions and a north-easterly wind in the channel, a total of 24 Senior athletes made the crossing from Takapuna Beach to McKenzie Bay on Rangitoto Island on eight single skis, two double skis, and in three surf canoes.
The course involved a 5km paddle to the island, a 3.5km run up Rangitoto then back, followed by the 5km return paddle to Takapuna Beach. 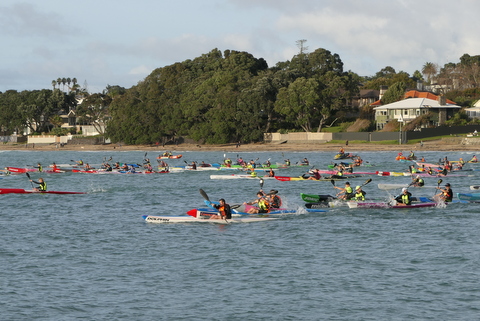 This year’s event gave rise to the inaugural Mini Rangitoto Classic which catered for athletes in the U13, U14 & U15 age divisions. A separate course, running parallel to the beach, involved a 2km paddle, a 2km run, followed by another 2km paddle. Contestants were able to compete on either a board or a surf ski. Red Beach had eight paddlers taking part.
A prize-giving function took place in the clubrooms of the Takapuna Boating Club at the end of the event.

For the results of the Rangitoto Classic, click here

For the results of the Mini Classic, click here 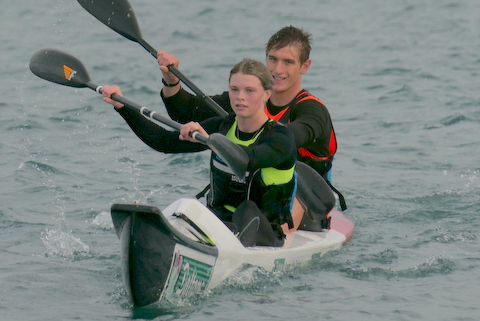 Affectionately referred to as the Lovebirds crew, the duo of Jade Hughes & Kees Kramer took out the double ski category. 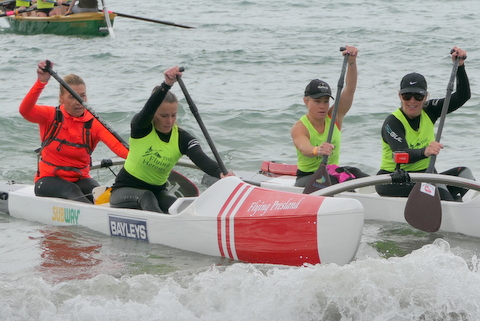 Skis, boats & canoes were beached at McKenzie Bay on Rangitoto Island while paddlers and rowers undertook the 3.5km run up Rangitoto.